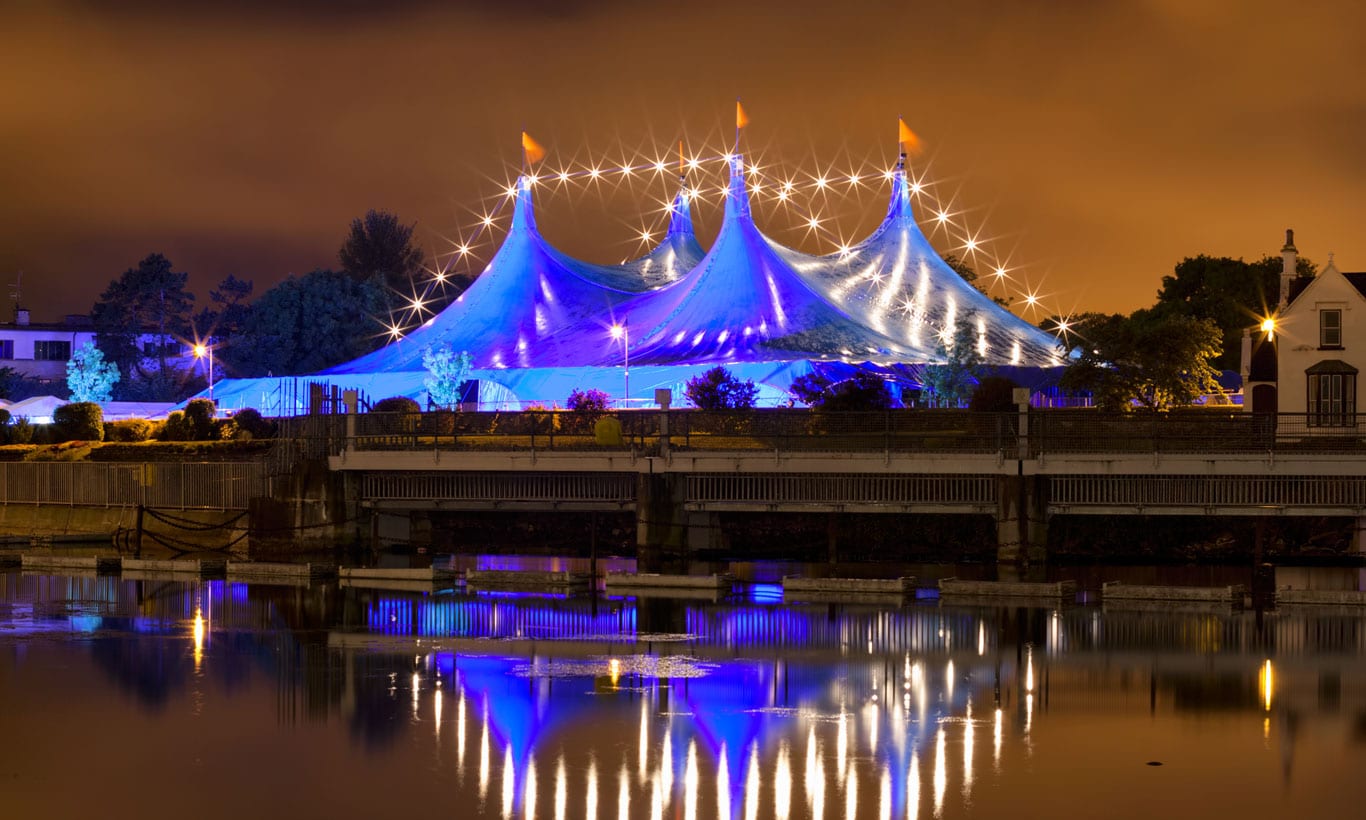 Galway Art’s festival for us is a really special time  of the year at Corrib House. The big top is on view across the weir from nearly every window in the house, and what a beautiful view! We’ve had a few crazy very busy weeks of late with queues out the door, guest rooms upstairs filled to the gills every-night, people eating off their laps in the halls & on the stairs & anywhere else they can squeeze in… general mayhem… but we wouldn’t have it any other way. Want to say a massive thanks to all the Corrib House crew, they’re working off their feet each day all while keepin’ a smile on their faces. ‪#‎agreatbunchoflads‬ ‪#‎troomstroopers‬
We hope everyone is enjoying the Arts Festival and making it in for a few events. If you couldn’t get your hands on tickets sure just pop down to us in the afternoons when the big tops acts are all warming up, we’ve the windows cracked open and it’s as good as being in the tent. One or two of them might even ramble in for a cupán tae! 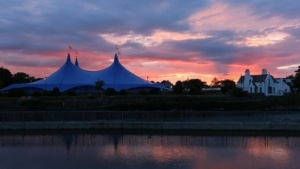 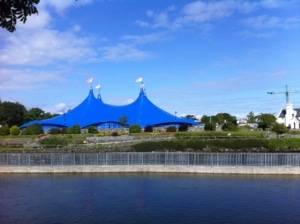